On May 28th, Rio turned one. This probably is going to be a silly post to people that don’t have dogs. If you do like dogs though, you will more than likely appreciate the dog photos.

We had Rio from a lovely family, their two dogs had had puppies, just as Alex has accepted a new job. We didn’t know anything about them or the baby that was going to complete our new home.

Rio arrived on 9th August 2017. We met him for the first time. I think it’s possible to love something too much, sometimes. I would look at this tiny little baby and wonder how I’m going to look after him.

How am I going to train him? Is he always going to go toilet in the house? What if he never is able to hold it in an apartment? What if I forget to feed him? What if I can’t afford to feed him?

There becomes so much responsibility that you can’t quite prepare yourself for.

Rio came bounding in. Jumping like the happy, overexcited puppy he still is. We put him on the floor and he followed us into his new (first!) home. He ate everything. He didn’t stop. No matter how many times you would refill the bowl, he would carry on. 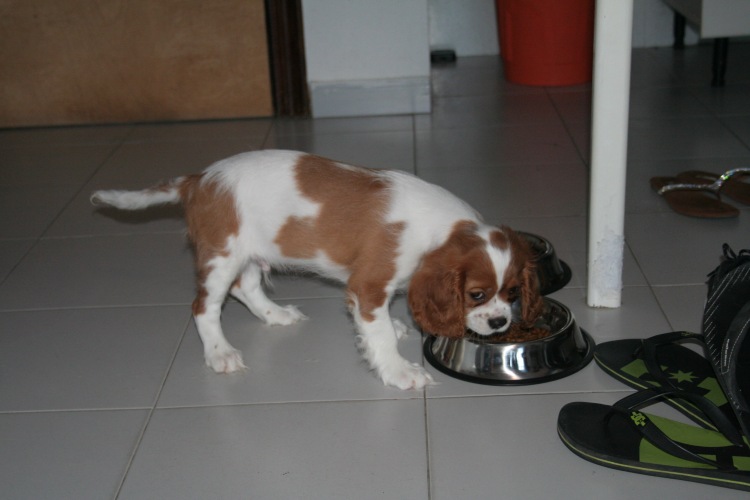 He still would now.

Then, there was his first vet visit.

A visit made easier for the fact his whole family turned up. He had his vaccinations, his chip and his pet passport.

We then took him on his first walk. The first time he had been out properly. Can you call it a walk if you skid along the floor for 50 metres then get carried the entire way? We’re counting it.

He doesn’t quite fit in the palm of Alex’s hand anymore. It’s funny how day to day they don’t seem to grow, then suddenly, you look at a picture and they’re quadruple the size.

His first time off his lead was a big hit for him. A bar near to our previous home was happy to let him roam around and play. The orange ball was a toy they kept aside for when he came in.

He would run between everyone, playing with the ball and then having another lie-down. 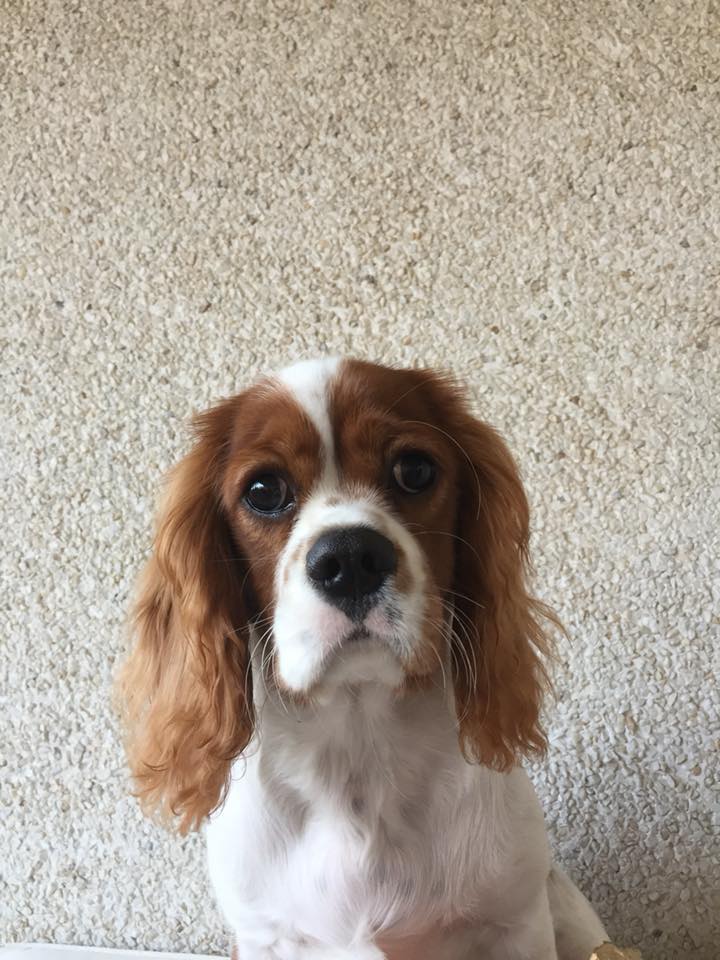 Halloween came and went. But not without Rio refusing to give back the pumpkin that I had loaned him for a photo.

Finding dog beaches can be so difficult on the Costa Blanca, so I’ll be sure to write a post letting you all know where to find them, soon enough!

Rio wasn’t particularly impressed by the December beach day. He sat next to me the entire time. Looks like he’s not a sand between his paws kind of dog!

We moved home mid-February. He may not be a beach kind of dog. But, he’s definitely a garden kind of dog! We didn’t have a garden that he could use in our previous home.

But here, he has a little bit of space that he can run around or lay with us when we’re sunbathing.

The family who we had Rio off, Duke and Bella, hosted a party for the pups for their birthday. A way to let the family join back up for their upcoming birthday.

We met up at a huge dog park in Elche. Rio was the last to arrive as we’d travelled the furthest.

Maria and Jose had also arranged a mini-party on their terrace.

This is where it gets even cuter!

They had arranged for each puppy, Rio, Chato, Greta and Sissi, to have their own party bag filled with dog treats. Each puppy had a birthday badge with their names on and a balloon.

There were plenty of toys and humans for the puppies to play with and plenty of shade and water to rest afterwards. You could tell the puppies and the parents loved seeing their family again, it was such a nice thing to organise to let the dogs join back up for a play. 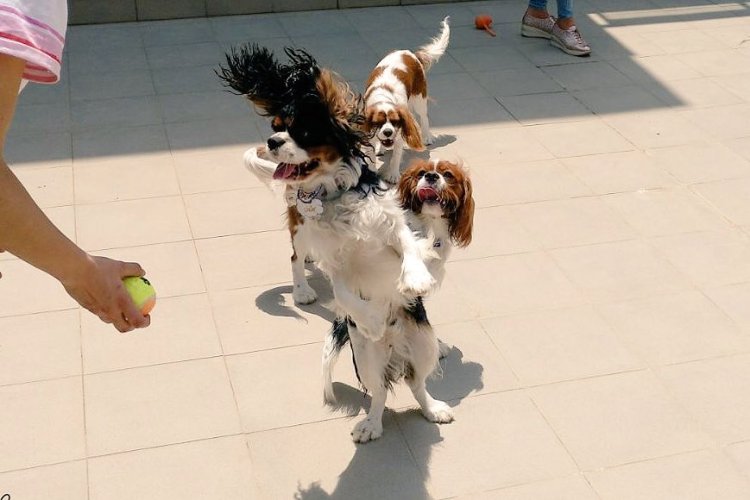 Rio’s Dad, Duke, is like the twin of Marley. So, this photo looks just like Marley and Rio together. Except, it’s Rio and Duke together. Are you keeping up with all the names yet?

If there’s a photo to show the good time Rio was having, it’s this. No frowning eyebrows. Tongue out, eyes wide open and a swishing tail. He was so happy with his happy birthday collar and he was loving mooching around. 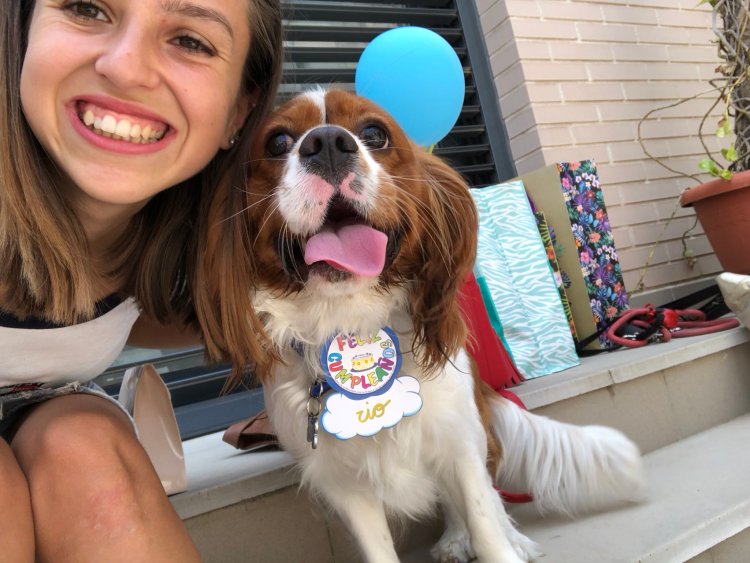 Us humans weren’t forgot about either. They also organised food and drink for us to have a nibble on. 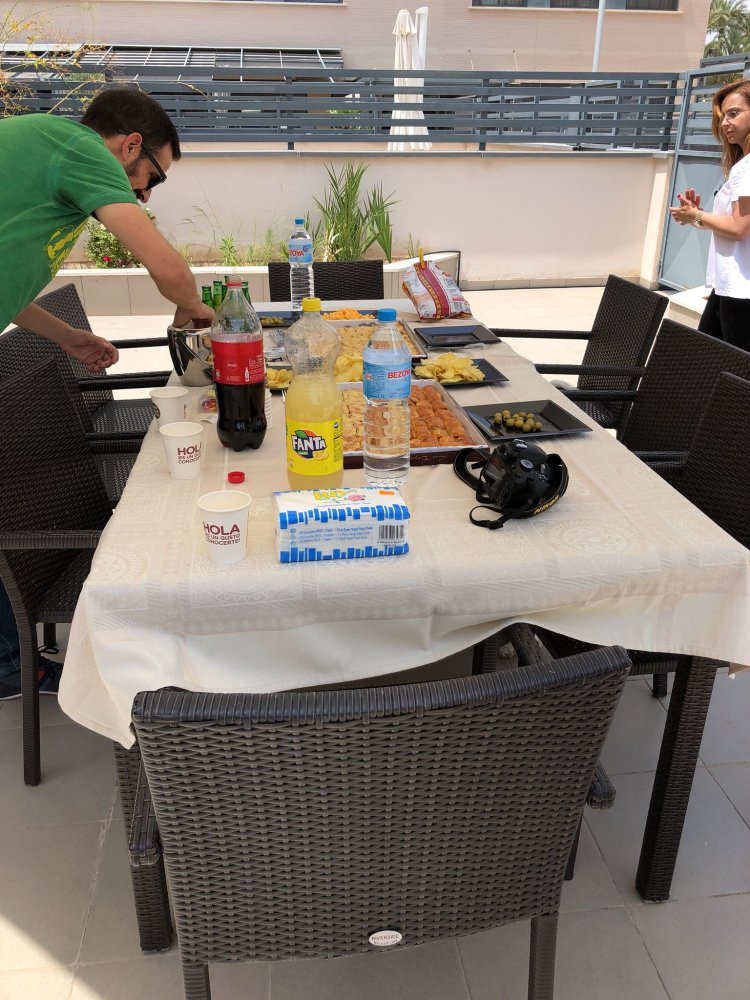 Rio is undeniably cute. When he saw his mum having a lie-down, he went running over to her and started kissing her face. He kept licking her nose and her head. Rio is all about the women, and obviously, that stretches to dogs too! 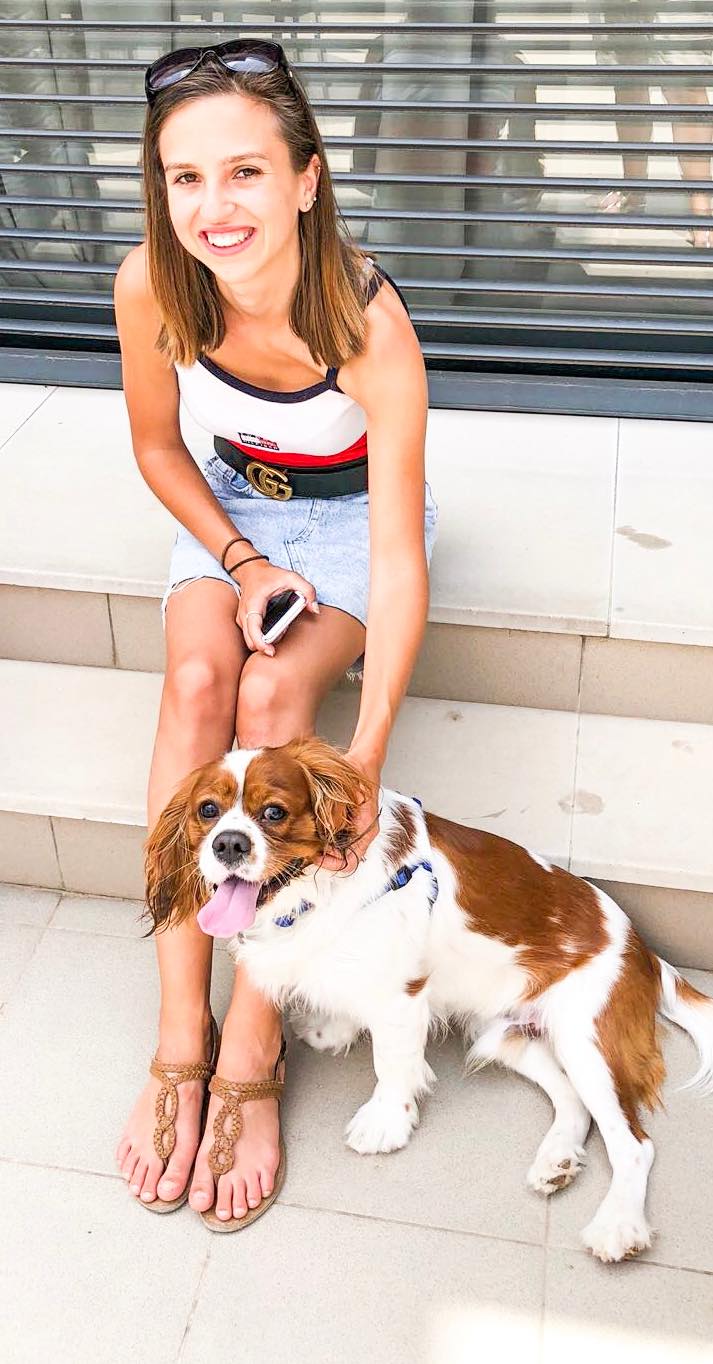 He did love playing with his Dad and following him around though! It’s amazing how in the vets, Duke looked huge, yet now, Rio is bigger!? When it was time to go, Rio gave Maria and Jose a big hug. It’s so lovely that they’ve been able to see Rio now he’s all grown up. They’ve watched him grow from a tiny little pup depending on his mummy, to a big boy with us. 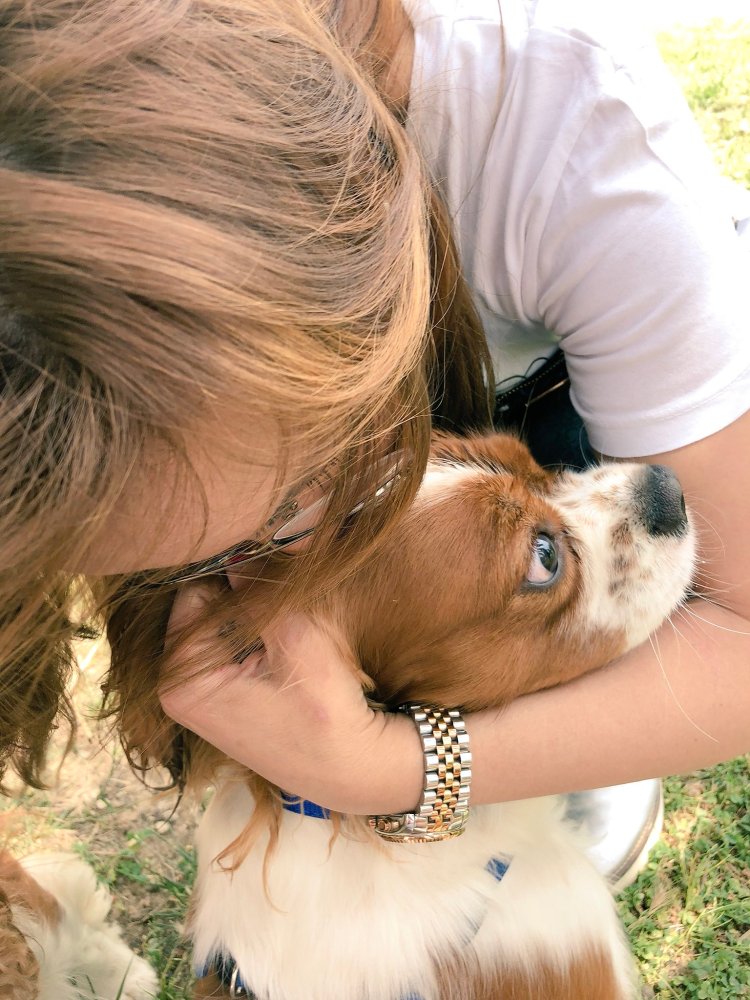 But, of course, we had to have a mini-celebration for Rio’s real birthday.

So, here’s Rio sitting like a human with his new twin teddy, his birthday badge and his cards. So extra, but he loved it.

Dogs are part of the family. Treat them like it.

6 thoughts on “A Birthday Party for a Dog?”

It would be rude not to in this weather ☀️😌
Made it back to Benidorm just in time for summer. 👀😆
First cinema experience ✅
the absolute epitome of a ‘picture-postcard’ village.
Baby on @brittanyferries? Completed it ✅
Vilaboa is a small town belonging to the Pontevedra region in Galicia, Spain. It’s a place reminiscent to us of the Italian lakes and Switzerland. Here you can enjoy mountains, viewpoints, beaches, historic ruins and salt flats.