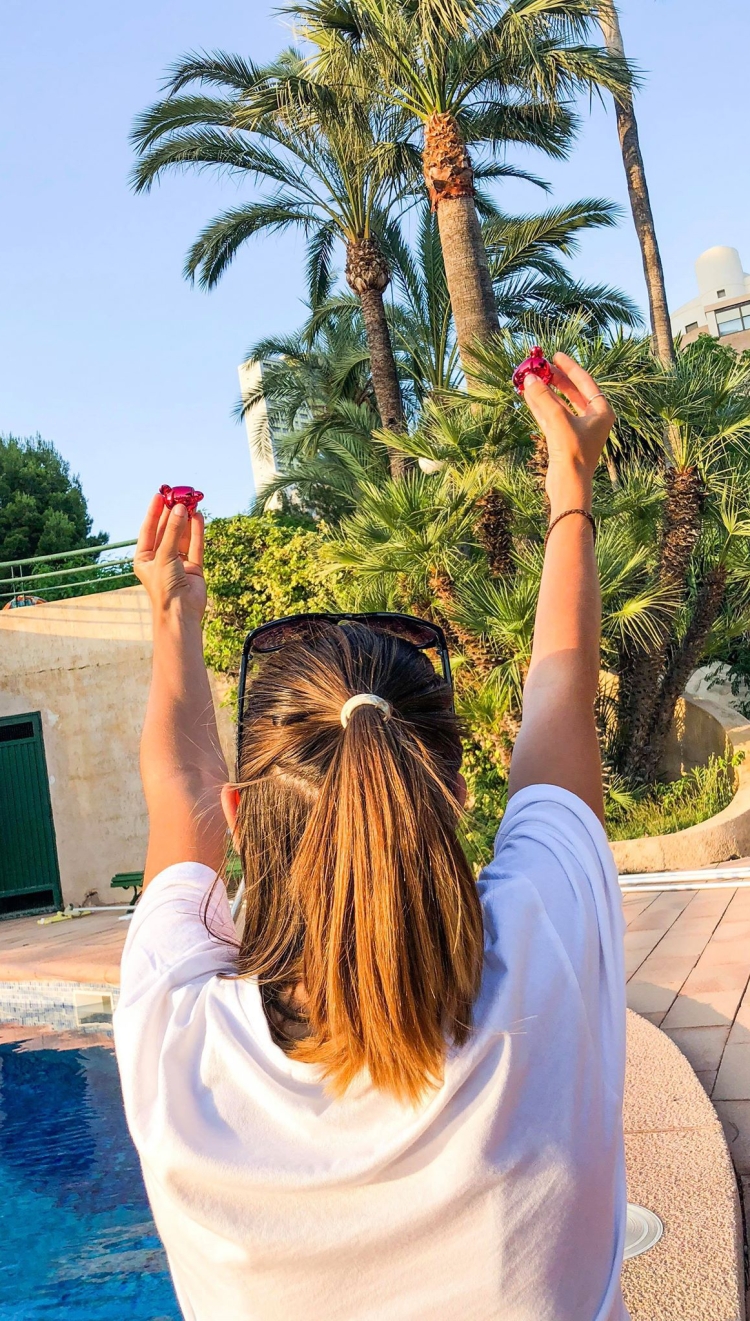 Last Tuesday, I was on a hunt for Orlando tickets. There was absolutely zero chance that it was in our budget. I didn’t even have a twinge of hope.

But, there’s no harm in looking, right?

There were and still are tickets available, but at £800 per person, they’re definitely out of our price range.

Hi @VirginAtlantic, I see you're offering flights to Orlando for £800p/p. Would you accept £8 and a photo of my dog instead?

Now, let’s be honest. I knew this was never going to work. But, there’s no harm in trying…

If you missed the Twitter thread, you can catch up with it below.

I don't think words can justify the cuteness. But, Virgin, if I send you the photo now, then what will I have to offer!?

But is it cuter than a dog, wearing a bow tie and giving a high 5? ^R pic.twitter.com/cHsbCIwPRj

I will acknowledge how difficult that is to size up against.

But, I think he, is in fact, cuter than said dog wearing said bow tie, giving a high-5!

No official response from Virgin yet, but I assume it’s only a matter of time.

Any suggestions of what to pack for Disney? pic.twitter.com/GkBdxekg1e

That’s true. @WDWToday aren’t going to want me to leave once I’m there. I’m assuming they’ll want me as some sort of writer and/or a Disney princess.

I’m going to need additional hold luggage. Will this be a problem @VirginAtlantic? pic.twitter.com/Lyf1FshdOQ

We're still waiting for pic… You can bring additional bags if you wish but it would be subject to the excess baggage fees. ^R pic.twitter.com/VVz2aPJr4F

Rio is very cute but checking the Cute-O-Meter it doesn't quite swing into the £8 and dog pic deal, however if you DM me your address I can sort you out with a little something 😊🐶 ^R

So, I may not have been given the £8 flights to Orlando, (C’mon Virgin, there’s still time. I’M FREE!!!!) But, they did send me a lovely, little something that arrived today.

These cute mini seasoning shakers are so adorable. They came in a little black pouch, tied with love. 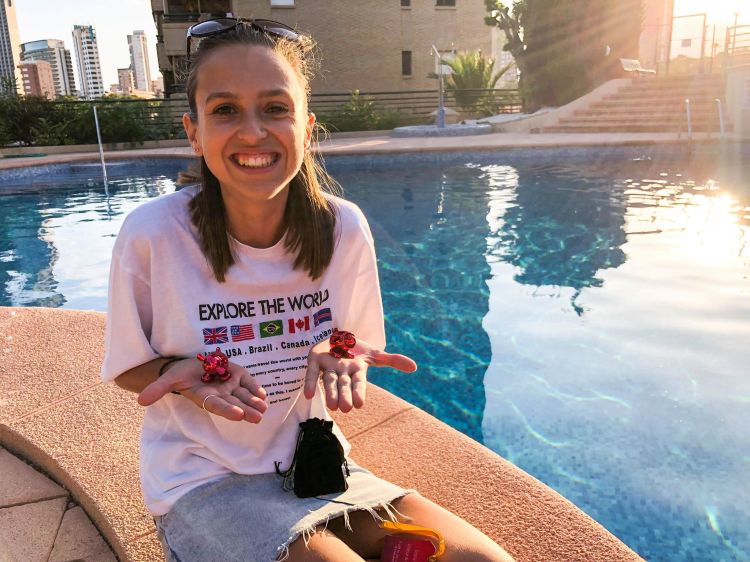 It’s so lovely when companies have a wonderful customer service team. I didn’t expect anything from Virgin except a little Tuesday entertainment (and maybe a couple of flights, am I still trying?).

But, I really do appreciate the little gift of love sent from Virgin Atlantic.

These little planes may not have gotten me to Florida, but they did take me on a trip to memory lane and that is one of my favourite places to visit. 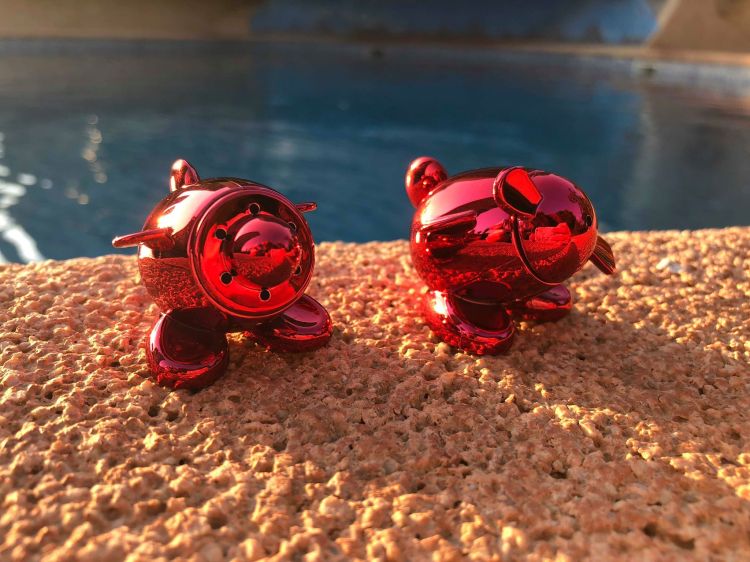 It has got me thinking about my last experience with Virgin. We flew from London Gatwick to Orlando International. We took the Orlando flight a few years in a row, but now, it’s been over 10 years and I’m definitely needing a Disney visit soon. You can never have enough Disney, right?

Virgin Atlantic is such a wonderful airline to fly with. They’re comfortable and the staff are always pleasant. Stepping on board, I remember being handed a red bag, this was filled with activities, colouring, a mini toothbrush. Everything you’d need for a long-haul flight.

They say that memories last a lifetime. Well, a Disney holiday really does. 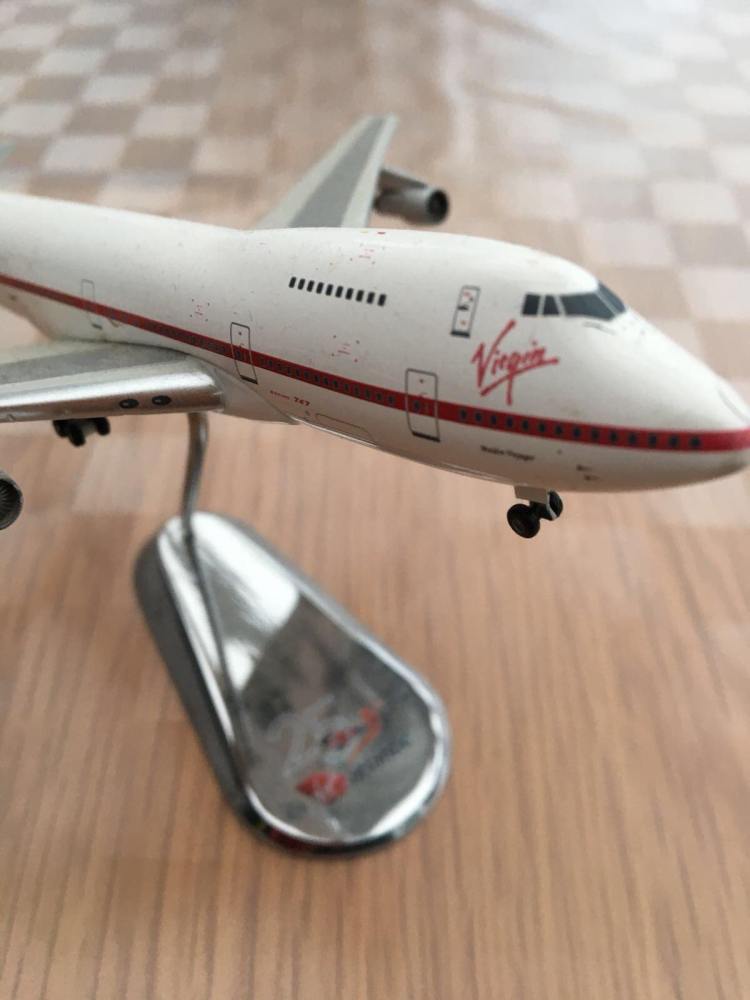 We flew on a Boeing 747, now, you may think that I’m into aviation at this point, but, the only reason I know this is because my mum told me, and it’s on the plane.

My favourite memory was playing the in-flight games. That’s something I definitely miss about flying short-haul. Virgin Atlantic in-flight entertainment would literally make the hours fly-by! (See what I did there?)

I remember playing the trivia game against the rest of the plane. It was hilarious when you’d be in the lead and you’d have a sneaky look behind to see who it is in 45C who you’ve just shredded, whilst keeping an eye on that trivial genius up in 32A who keeps beating you.

There was always the hope that the people beating you would head off to sleep soon. I mean, their eye mask is right there. Just go to sleep and let me win!

I would also like to put it out there, that yes, I did watch the Hannah Montana Movie on the way to Florida after just watching it in the cinema. Yes, it was an emotional rollercoaster. Virgin had a massive choice of movies, TV shows and music channels to tune in to, but who am I to turn down Hannah Montana, c’mon. Well, it is Disney…

This would be the time in the blog post where I would share some HQ photos, but, our computer broke so all digital copies went with it, before the days of Facebook sharing there is no online backup. (Does anybody else use Facebook as just an online backup photo storage website? No? Just me?)

But, we have got the printed photos, so you’ll have to bear with me. 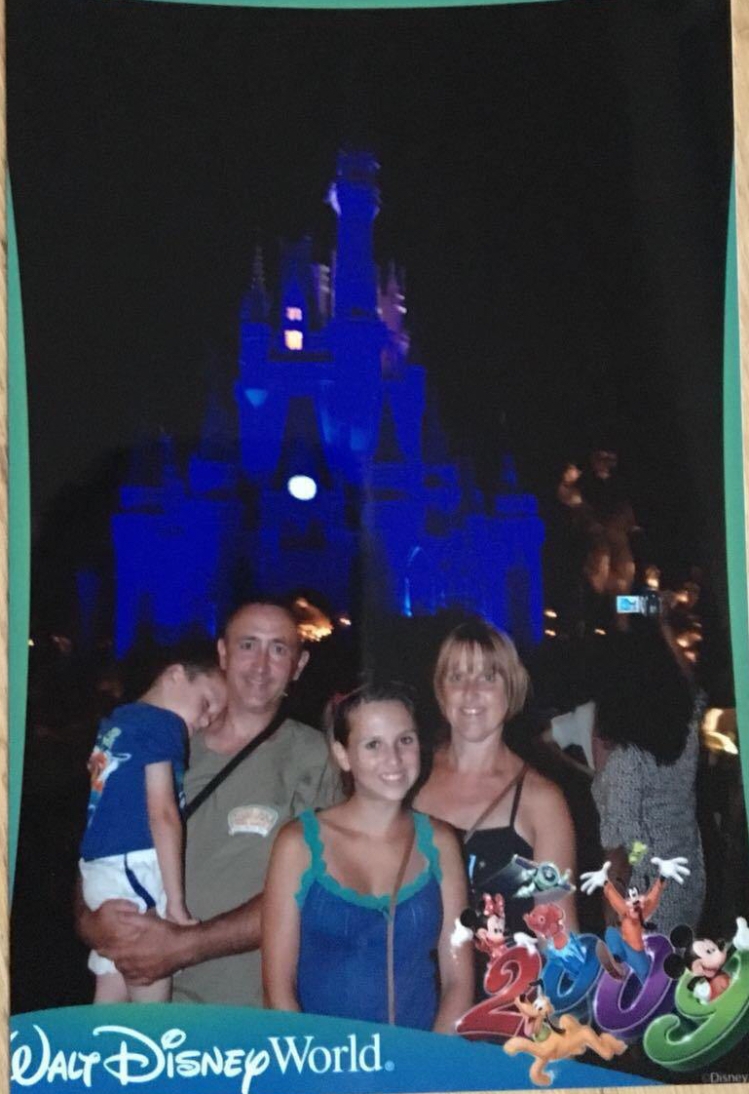 Nothing compares to Walt Disney World. There’s the castle, the parades, the fireworks. From start to finish it’s just a magical dream. The sooner we get back, the better. Perhaps it’s time to start playing the lottery…? 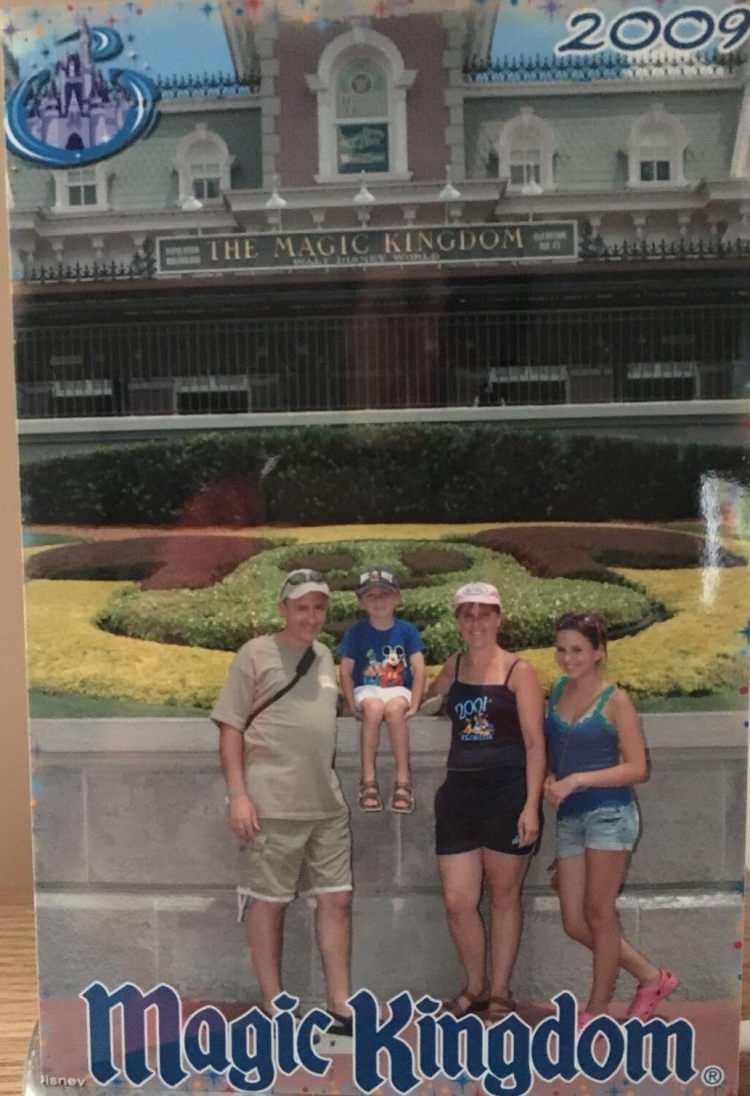 I would just like to take this time to clear up the whole Crocs issue. Disney requires walking. I mean WALKING. My shoes broke whilst we were at Magic Kingdom and it was either walk barefoot on boiling hot floor or crocs… I went for Crocs. So yes, I have worn Crocs. Feel free to laugh.

Yellow skirts are all in right now, could’ve been taken yesterday, right? I’ve been obsessed with yellow recently and here I was thinking the yearning for yellow was a new thing! Clearly not! 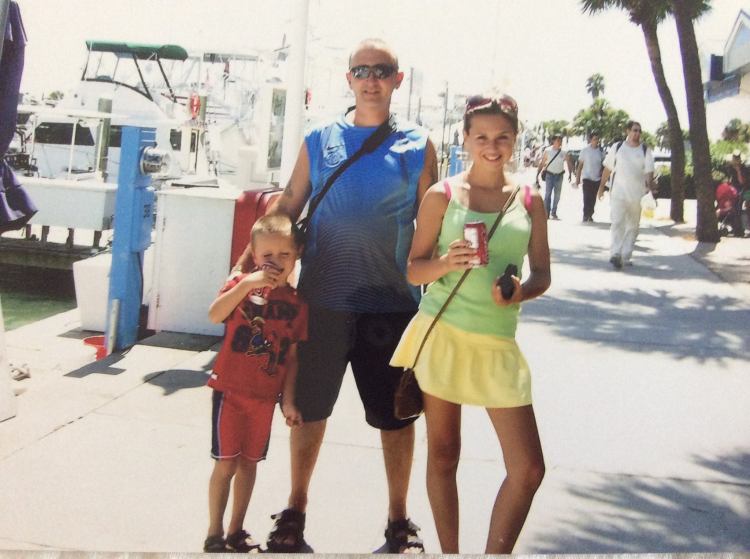 Thank you Virgin Atlantic for the little keepsake and also thank you for the memories. I hope we can travel with you again, real soon.

You can follow Virgin Atlantic on Twitter by following this link https://twitter.com/VirginAtlantic or you can head over to their website for more information or to *sobs* book flights here https://www.virginatlantic.com

This post was made on my own behalf. Virgin Atlantic did not ask me to produce this post neither was it sponsored. The tweet was created as a bit of lighthearted fun on my Twitter and Virgin Atlantic was not involved in the creation of the original tweet.

19 thoughts on “Virgin Atlantic has Landed at my Casa…”