The country of Spain is so vast and different across the land that just visiting one city is barely enough to say that you’ve seen Spain. Each region has its own traditions, its own landscape and even its own dialect. From cities bustling with Spanish culture and traditions to cities with dazzling architecture and famous monuments, Spain has so many cities offering something for everybody. 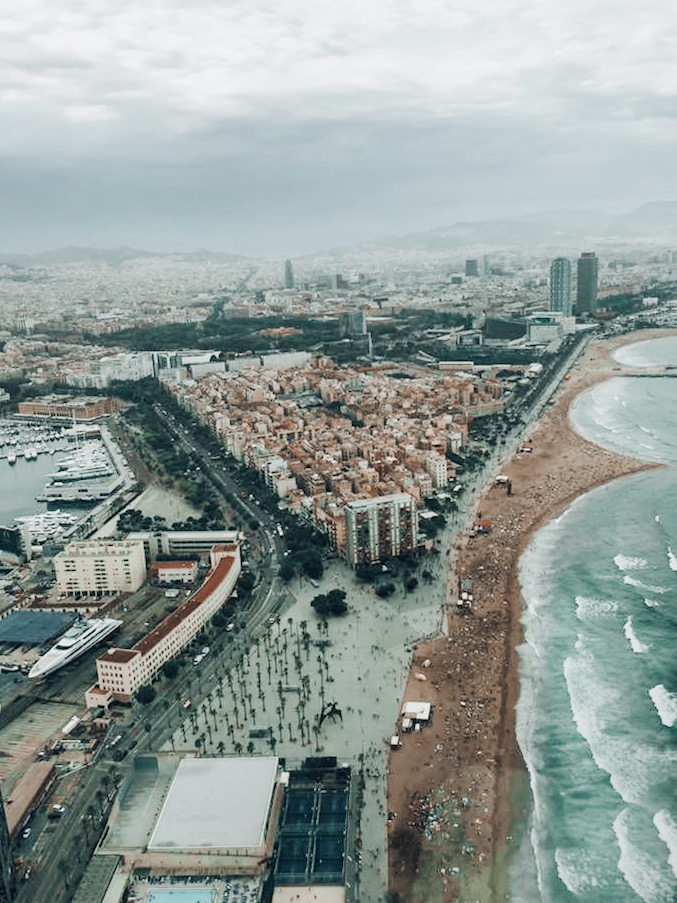 Home of the wonderous Sagrada Familia and many of Gaudi’s work, Barcelona is a must-visit city in Spain. Barcelona has so much to offer from mouthwatering tapas to cultural park walks. Spend a weekend in Barcelona and you’ll be taken in by its impressive architecture and spell-bounding gothic quarter.

A trip to the capital offers a 360 experience of modern and old architecture sprung together and given a new lease of life. The cosmopolitan city of Madrid is filled with gorgeous architecture, trendy rooftop bars and more shops along Gran Vía than you can carry bags for.

One of my absolute most favourite cities in Spain is Donastia San Sebastían located near the French border. Combining  French culture and architecture with Spanish customs and design makes San Sebastian it a trendy and beautiful city. La Concha beach certainly is a stunning beach. 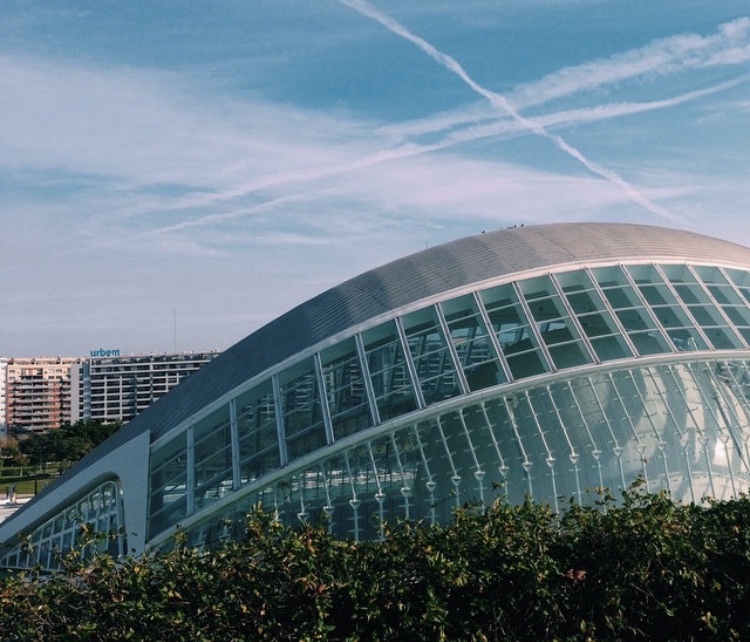 A popular city with a decent blend of cultural walks, long stretches of white beaches and fabulous gastronomy. Be sure to visit the Mercat in the centre and check out the Arts and Science museum. Don’t forget to try the famous Paella Valenciana, which originated here.

Draped in Andalucian charm, Seville is one of Alex’s favourite cities in the world. Boasting the largest historical centre in Spain and the third largest cathedral in the world, Seville is just truly beautiful. Filled with charm, beautiful architecture and a relaxed atmosphere, you’ll fall in love with Seville and its romantic feel.

Home to one of the most beautiful wonders, the Alhambra Palace. Situated in the Sierra Nevada mountains, Granada offers a cultural break slightly cooler than other areas in Spain. Stay in the Albaícin area and you’ll drift off to sleep to the sounds of guitars playing in the distance and the church bells ringing. Book a room that overlooks the Alhambra and you’ll spend hours admiring it. Don’t forget to wander around the city centre and visit the other impressive buildings, like Zafra’s House.

So much more than just the bull run, Pamplona is a welcoming and quiet city filled with stunning architecture and a laid-back feeling. Lazy around in the plaza having a coffee overlooking the town hall with a cookie and watch the hours and the people pass by.

A preserved old city set in the hills of Castille La Mancha, the city is known for being the ancient capital. You’ll adore the plaza at the top of the hill and the beautiful cathedral. 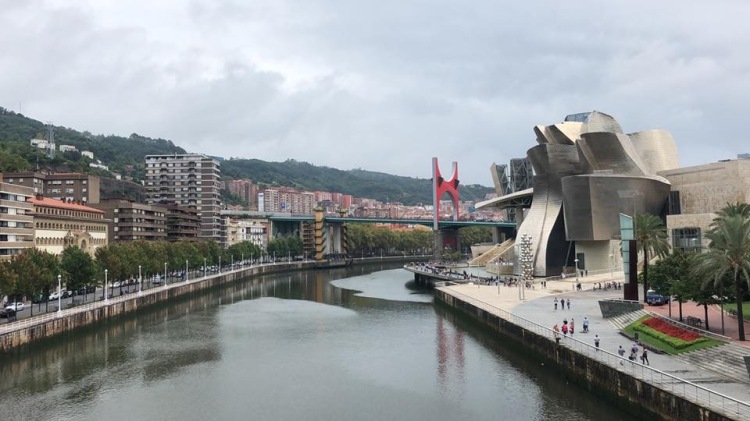 Trendy and quirky, Bilbao is a cool city up in the North. Known for being the art hub of Spain, wandering around you’ll soon see why.

Although we haven’t got there yet, we will do soon. Segovia’s signature monument, the Roman Aqueduct is a UNESCO World Heritage Location and one of the 7 wonders of Spain. The city is supposed to be vibrant and bustling with beautiful hills in the background.

Another one that we haven’t reached yet is the Southern city of Cadiz. It is supposed to be a picturesque city on the south of Spain and one that we’ll definitely have to visit soon.

Santiago de Compostela, the capital of Galicia. You might know it from El Camino de Santiago, where the Plaza del Onradoiro is the final destination on the pilgrimage trail. The city itself is supposed to be packed with history, culture and a buzzing atmosphere. It’s on my list! 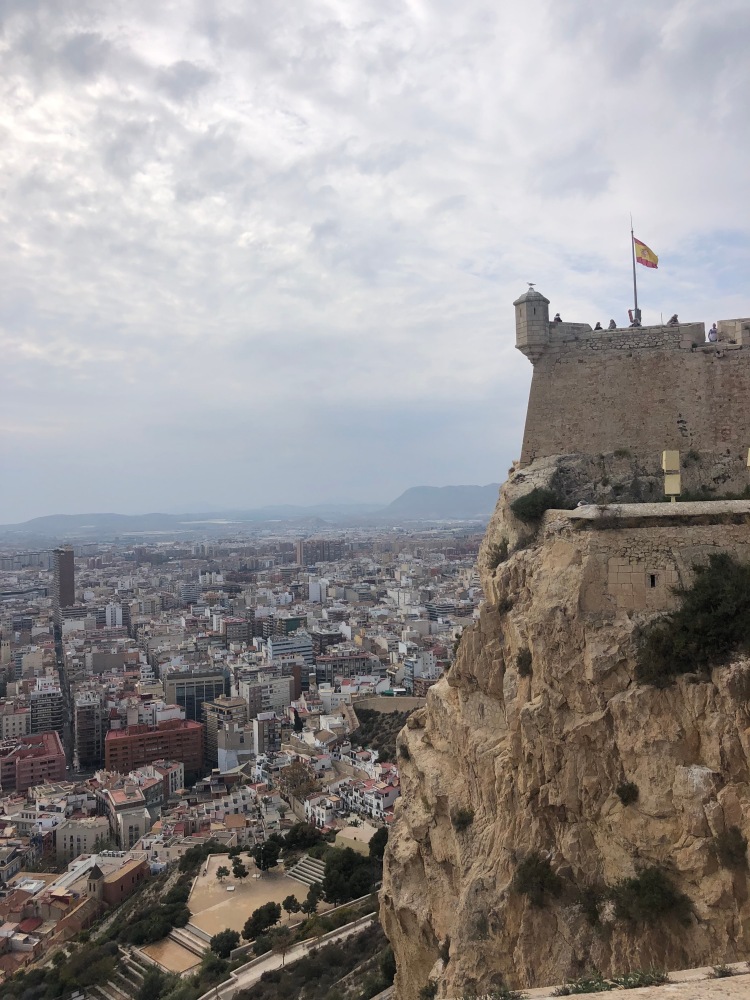 Becoming known more and more as a cosmopolitan city, Alicante is really finding itself and its identity within Spain. Filled with shopping locations and beautiful beaches along the Costa Blanca, it’s well worth visiting if you’re staying at a nearby location. Wander along the narrow streets of the old town, visit the castle that overlooks the marina and then shop until you drop on Gran Vía.

Known widely for its flower street, Córdoba is a mixture of Jewish, Spanish and Roman architecture and buildings. It has beautiful cobbled streets, plenty of shopping experiences and the stunning Roman bridge over the Guadalquivir river. 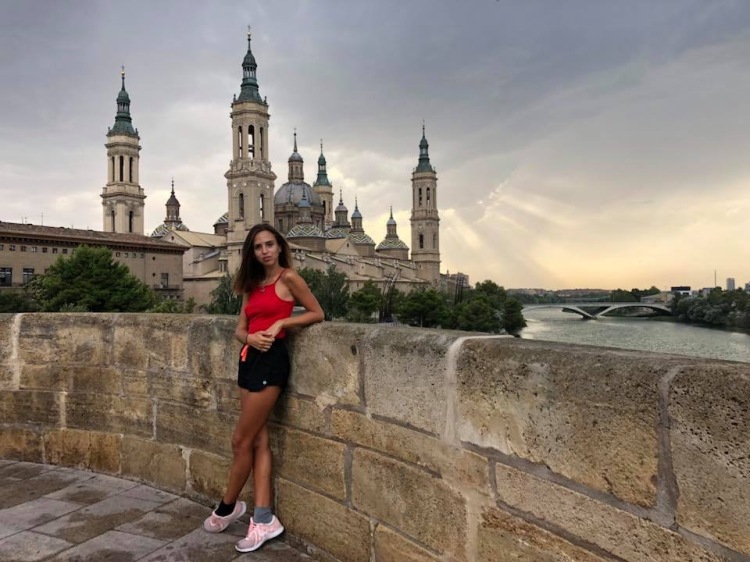 One of the most beautiful buildings in Spain is found in Zaragoza. You won’t ever forget seeing the Basílica de Nuestra Señora del Pilar for the first time. I think you could see it over and over and still be mesmerised by its beautiful domes and colourful towers. It really does like something out of a fairytale or a Disney movie.

How many have you visited? Don’t forget to add your email to the subscription box so you don’t miss any blogs related to Spain!

6 thoughts on “15 Must-Visit Cities in Spain”